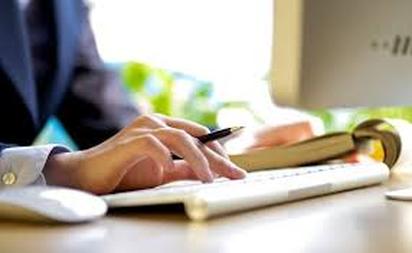 Connections is based on the scientific findings of leading universities, neurologists, and researchers including:

Rockerfeller University, UCLA Berkely, Yale, Harvard and many more leading institutions have published findings on how movements change the brain. Connections bring all of this invaluable information to you in an easily understood program for your family.

"The brain is not concrete. It is not set. You can change your child’s brain by movements." Dr. Michael Merzenich, a UCLA neuroscientist says, “The brain has different learning pathways. Because the brain reorganizes itself during new learning, the brain has the capacity to rewire itself to improve learning.”
We need to move to learn!


"If you are wondering if Connections will help your child, do not hesitate! It is worth every penny and every minute!" Cindy L., homeschooling mom & children's pastor

"There is a solid body of evidence that shows a strong relationship between motor and cognitive processes". Jensen, Eric, Teaching With the Brain in Mind, Association for Supervision and Curriculum Development, 1998, p.62

These movements are common in all developing fetuses and begin at 4 and a half months. This matching of movement to sound begins about halfway through pregnancy.
Condon, William F. and Louis Sander. iStatistical studies on the effects of intense noise during fetal life. J. of Sound Vibrations,. 1973, vol. 27: pp. 101 – 111. Also F> N> Jones & Tauscher, J., Residence under an airport landing pattern as a factor in autism. Archives of Environmental Health, 1978, vol. 35; pp. 10-12
Registration Form 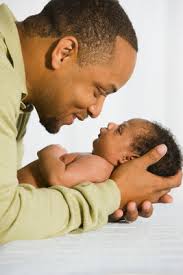 ﻿Philip Teitlbaum, PhD, and expert on human movement patterns at the University of Florida at Gainesville found that infants and toddlers who were later diagnosed with autism used unusual methods of locomotion. "They do not roll over, sit up or crawl or learn to walk like other children. He explained that it is like parts of the brain that control movement are not properly connected. “The body is part of the mind and there is no way to separate it” Dr. Teitlebaun says.

Crawling lays the foundational neurological connections for all future brain connectivity. If the crawling and early motor phases are skipped or abbreviated, then the corresponding brain development phases are also skipped or abbreviated. "Infant crawling has long been known to be crucial for activating full sensory functioning and learning." Hannaford, Carla Dr., Smart Moves: Why Learning is not all in Your Head, Great River Books (formerly Great Ocean Publishers), 2005, p. 129.

"All learning during the first 15 months of life is centered in the vestibular system." (Hannaford, Carla Dr., Smart Moves: Why Learning is not all in Your Head, Great River Books (formerly Great Ocean Publishers, 2005 p. 157)

"Too many holes in foundational skills create situations which force children to use thinking skills when responses should be occurring automatically." (Schneider, Catherine, Sensory Secrets, Concerned Communications, 2001, )

So, what is natural and automatic for you and me can be laboriously difficult for a child who skipped early movement phases. We need to get our kids up and moving to prepare their brains to learn! 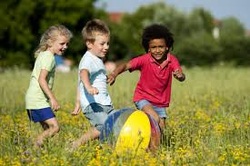 "Many scientists link lack of vestibular stimulation with dozens of learning problems including reading, writing and math." Jensen, Eric, Teaching With the Brain in Mind, Association for Supervision and Curriculum Development, 1998, p.24. 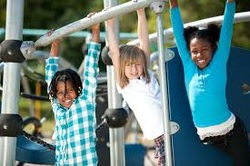 All neural organization takes place in response to stimulation and activity, i.e. the use of the neural pathways. The brain and body are in constant communication. Thinking and learning cannot only be a brain function. The process of nerve cells connecting and networking is, in reality, learning and thought.  Nerve networks grow out of sensory experiences laying down intricate patters that govern higher level brain development. Experience determines the shape and intricacy of these patterns. ” Hannaford, Carla Dr., Smart Moves: Why Learning is not all in Your Head, Great River Books (formerly Great Ocean Publishers, 2005, p. 11, 18, 30 & 31 157

If there are immature nerve pathways, not all of the messages get through. Blomberg, Harald, M. D., Movements That Heal, with Moira Dempsey, BookPal, 2011, Queensland, Australia

But the great news is ...
“If given the proper stimulation, the brain can change.”
Melillo, Robert, Dr, Disconnected Kids, Penguin Publishing, NY NY, 2009, p.9 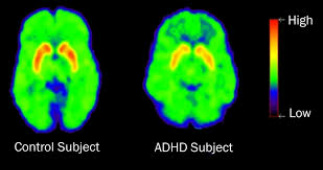 How about ADD/ADHD and movement?

Researchers including Mariya Cherkasova and Lily Hechtman, both of McGill University in Quebec, have found that the frontal lobes of individuals with ADHD have decreased activation.


But since the brain can be changed ...
Rockerfeller University Neuroscientist Hiroshi Asanuma measured a increase of 25% in the number of neural connections between the sensory and motor cortexes following the use of specific exercises.

Connections will show you specific movements that increase and strengthen the neural pathways between the cerebellum(in the back) and the prefrontal corexes (in the front).

“The sensory stimulation caused by the rhythmic movements encourages the growth of the nerve nets of the brain stem, cerebellum, basal ganglia, and neocortex to develop. This causes attention and concentration to improve and hyperactivity and impulsivity to decrease…It [rhythmic movement] stimulates the basal ganglia to mature and integrate the primitive reflexes which then facilitates the ability to regulate levels of activity and be still.” Dr. Harald Blomberg, Moira Dempsey, Movements that Heal: Rhythmic Movement Training and Primitive Reflex Integration, Book Pal,  p. 21, 2011 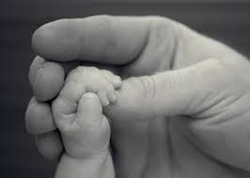 “All children with reading and writing difficulties have retained primitive reflexes that may hinder the cooperation  of the hemispheres of the brain and the cooperation between the eyes and binocular vision. Dr. Harald Blomberg, Moira Dempsey, Movements that Heal: Rhythmic Movement Training and Primitive Reflex Integration, Book Pal,  Denmark, p.184, 2011

"As we get older, our unintegrated reflexes trigger the fight/flight response even when there is no “logical” reason for the stress. So stressed behavior becomes our pattern of responding. http://www.brainfitnessstrategies.com/juggling-brain-development/rhythmic-movement/primitive-reflexes.html

“The rhythmic movements stimulate the activity of the prefrontal cortex creating a balance between it and the limbic system.” Blomberg, Moira Dempsey, Movements that Heal: Rhythmic Movement Training and Primitive Reflex Integration, Book Pal,  Denmark, p.184134, 2011

Research studies on the Moro Reflex show that boys diagnosed with ADD/ADHD had significantly higher levels of reflex retention than non-diagnosed boys. Results also showed relationships between retention of the Moro Reflex, ATNR, STNR and TNR [other primitive reflexes] with ADD/ADHD symptoms and mathematics abilities. The pattern the researched noticed between these reflexes showed that the “Moro Reflex is the gateway for the inhibition of the other 3 reflexes.” Taylor, Houghton and Chapman, “Primitive Reflexes and Attention – Deficit/Hyperactivity Disorder: Developmental Origins of Classroom Dysfunction” (The International Journal of Special Education,  vol. 19, no.1, 2004)

Studies show the “ATNR persistence is significantly associated with levels of attainments in reading, spelling and mathematics and that boys were more at risk than girls for ATNR persistence.” Studies also showed that “movement intervention had a significant impact on reducing the ATNR persistence and children show significant improvements in reading and mathematics.” Dr. Julie-Anne Black, “The effects of the Primary Movement programme on academic performance of children attending ordinary primary school”, The Journal of research in Special education Needs, vol. 5, issue 3, 101-11, Nov. 11, 2005.

At the Connections Seminar learn how to...
"Fantastic! Worth every penny & minute! This seminar should be attended by all educators, doctors and parents concerned with the proper development of their children."
- Holly D., health coach

"I learned something every minute!" - Kara Z., mother and teacher